Runt was… well, the runt of his litter. He belonged in a pack with his mother, Silver, and his strong, proud father, King. This is the stirring story 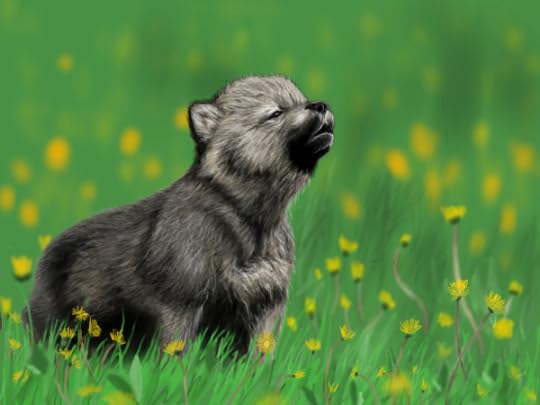 about a little wolf pup making his way in the wild world though he often doesn’t feel like he is a part of his own family.

This was a read-along book with my daughter. She checked it out from her school’s library

primarily because of the adorable wolf pup on the cover. Turns out, she picked out a winner. This was an adventurous and sometimes emotional story about the courage that one can find in order to be brave and strong when all the world expects you to be something different.

Four stars for a well-told, touching story that I would recommend to other readers of middle-grade/juvenile fiction.