⇒October had to be the fastest month of the year; I’m convinced. I got very few of my Spooky Reads read this month – I need 15 more October days! ⇐

I had such high hopes. If you look back at my October TBR post, I was giddily excited about all the creepy reading I planned at the beginning of last month. Seriously, I had been planning my October reading since early September. So even with all that planning ultimately I only ended up reading 5 books (two of them weren’t even on my TBR list) and 1 additional ARC that doesn’t even qualify for Spooky Reads. Oh well, at least I’m reading. Let’s look at what I managed to get accomplished in the lightning fast month of October:

CITY OF GHOSTS by Victoria Schwab

City of Ghosts was written for middle-grade readers, but it was so engaging and creepy that older readers will enjoy it too. It is the first in a series so anyone can follow Cassidy Blake’s adventures beyond the veil that separates life and death. Click for my review post.

Another Book 1 in a scary series, Prodigal Son tells the story of Frankenstein’s monster centuries after being created and then drummed out of town. He’s been living in Tibet as a monk in the mountains, getting zen and smart. He travels to America, New Orleans to be exact, when he learns about the death of a friend and stays to help detectives solve a murder. I know the premise sounds a little convoluted, but it really works and makes the series one to follow. Click for my review post.

THE DARK DESCENT OF ELIZABETH FRANKENSTEIN by Kiersten White

My local library must have known that I was previously reading about Frankenstein and his monster because, conveniently, my request for this book came through. Elizabeth’s story of meeting Victor Frankenstein and becoming his playmate (and conscience) eventually became something more… sinister. A very good read in which Kiersten White does a masterful job by exposing monsters in all shapes and forms and giving us a heroine who chooses to defend the world from them. Click for my review post.

A HEAD FULL OF GHOSTS by Paul Tremblay

I felt meh after reading this book. It wasn’t bad, but it wasn’t what I picked the book up for either. I wanted a truly scary story of possession or ghosts or something, but it was more of a psychological study of a very disturbed little girl. Mental health disorders can be very scary, and I think this book drives home that point more than anything else. Click for my review post. 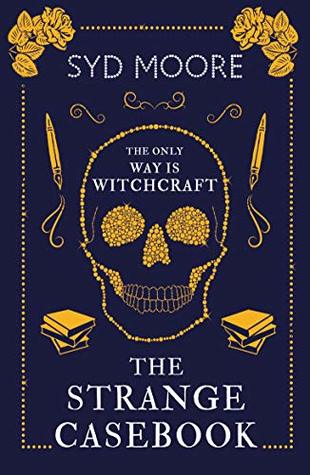 THE STRANGE CASEBOOK by Syd Moore

These short stories are absolutely perfect reading for the Halloween season! I enjoyed “Snowy” and “She Saw Three Ships” the best, but each of them has eerily creepy aspects that fit right into dark rooms with low fires, hot cocoa, and creaky doors. Click for my review post.

So that was it for me as far as Spooky Reads go for October. But I did manage to read an ARC for NetGalley that released on October 16:

A WELL BEHAVED WOMAN: A NOVEL OF THE VANDERBILTS by Therese Anne Fowler

Fowler expertly displays Alva Vanderbilt’s fortitude and resourcefulness when it comes to self-preservation and championing the causes of those who needed bolstering. I enjoyed A Well-Behaved Woman for showing that a woman – even in the 19th century – didn’t have to conform in order to be successful and powerful. Click for my review post.

Six books completed for the month and two more in the hopper that I didn’t finish before Oct 31st ended – hey, I spent time actually celebrating Halloween! I’m still working on Haunt Me Still by Jennifer Lee Carroll and I’m listening to (the seemingly never-ending) IT by Stephen King on audiobook. So, it looks like I found a way to extend my October a little more – at least until the end of the week!

I don’t have a challenge planned for November, so maybe I’ll just use the month to read my Owlcrate books and more from my shelves to clear some space in time for a new year of new releases. Happy reading!