⇒RELEASE DAY REVIEW: Something sinister is lurking in the mire of Mossmarken and it will take one woman’s curiosity and another’s memories to unlock some dark and deadly secrets. ⇐ 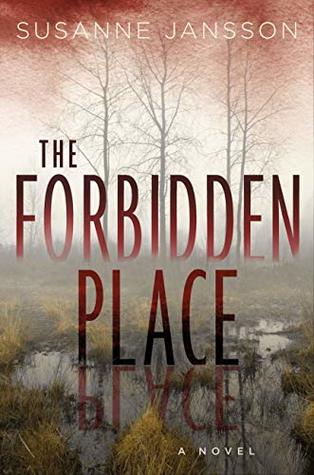 Something had pulled her in this direction, maybe for years. Something that she hadn’t listened to on a conscious level, but still somehow had followed. Like a yearning from the underground. A call from within.

OK, so I wanted this book to be so much more than it is. It is a crime mystery/thriller that has whisperings of something sinister and creepy underneath the surface. It is not a horror story, but I’m thinking that maybe it would have been better if it was.

In the remote Swedish wetlands lies Mossmarken: the village on the edge of the mire where, once upon a time, people came to leave offerings to the gods.
Biologist Nathalie came in order to study the peat bogs. But she has a secret: Mossmarken was once her home, a place where terrible things happened. She has returned, at last, determined to confront her childhood trauma and find out the truth.

Soon after her arrival, she finds an unconscious man out on the marsh, his pockets filled with gold–just like the ancient human sacrifices. A grave is dug in the mire, which vanishes a day after. And as the police investigate, the bodies start to surface…

Is the mire calling out for sacrifices, as the superstitious locals claim? Or is it an all-too-human evil?

A long time ago, people were sacrificed out there. And there’s always been talk about how people vanish without a trace around Mossmarken.

Although this is not a horror story in the true sense of that genre, the underlying tone of the story is dark and definitely includes paranormal phenomena from beginning to end. That’s the part I liked.

I wish I could say that I enjoyed the rest of it as much as I anticipated a truly creepy resolution. But neither of those things panned out for me with The Forbidden Place. The paranormal nuances were tossed off as kookery and the human antagonists just weren’t as interesting as they were set up to be.

It is not a bad book. The story flows and the characters develop along lines that make sense for each of them. The setting is atmospheric (I learned more about a bog than I really ever really wanted to know) and the ultimate resolution isn’t a dead giveaway (no pun intended).

Three stars for a book that is good, but lacking just a little bit of spark that would have made it really good.

Hear an excerpt of The Forbidden Place (via SoundCloud): Click here

SUSANNE JANSSON was born in 1972 in Åmål, Sweden. She later moved to Gothenburg to work in advertising and then to New York to study photography. After returning to Sweden, she worked as a freelance photographer while studying journalism, and for the past twenty years she has been combining her work as a photographer with being a freelance journalist focusing on reportage and profile stories in areas such as culture, film, theatre and literature. She has also written crime short stories for weekly magazines. The Forbidden Place is her debut novel. Jansson lives with her family in Lerum outside Gothenburg.