⇒What do you do when your neighbors are dropping dead and the police are closing in on you? Well, you Cha-Cha, of course! ⇐

**Many thanks to Andrea at Smith Publicity and the author for the opportunity to read a free ARC of this book in exchange for my honest review. 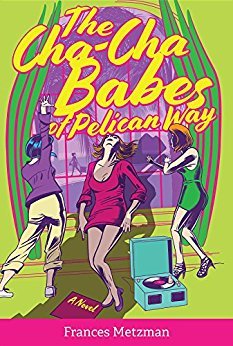 We’re the amazing cha-cha babes who live on Pelican Way. We dance till we drop or they haul us off to jail. Do they dance in prison?

Celia found new life with her retirement community in Florida, and in particular with her two friends Marcy and Deb. They all Cha-Cha together and Celia has found the greatest freedom just from dancing and being with her new best friends. But when other residents start dying inexplicably, suddenly Celia and her friends find themselves in danger and the targets of a police investigation.

The Cha-Cha Babes of Pelican Way was initially engaging and seemed to be a kooky, off-beat mystery with characters that aren’t the usual mystery book personalities. But as the book went on, I found it a little repetitive and slow. Plus, I couldn’t shake the Golden Girl references that kept popping into my head. That isn’t necessarily a bad thing, but I felt like these characters deserved to have their own personalities and didn’t deserve my constant comparisons to Dorothy, Blanche, and Sophia (Rose was kind of mixed up in there too).

Another negative for me was that these women were only in their sixties, but the impression from the story is that their age group is slow, decrepit, and basically at death’s doorstep (until they randomly broke out into the Cha-Cha or playing doubles tennis). That bothered me. I have plenty of relatives and friends in that age group who are very active and healthy and who aren’t on 1000 different medications for all kinds of ailments.

The ultimate mystery, however, was well thought out and clever, but by the end, I think my interest in the story had waned too much for me to get excited over the ultimate resolution. (Plus the daughter in the story, Allison, totally put me off and I couldn’t stand reading her chapters!) Errrggghhhh even now her disrespectful attitude makes me want to spit!

Three stars because, although it wasn’t the book for me, a certain audience might identify more with these characters and find it an enjoyable read; however, there are things about it that might keep me from recommending it to everyone. 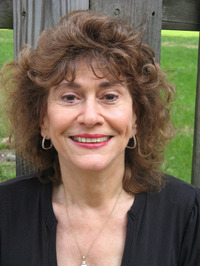 Award-winning author Fran Metzman is a graduate of the Moore College of Art and the University of Pennsylvania. In addition to publishing numerous short stories and co-authoring her first novel Ugly Cookies with Joy E. Stocke, she also teaches writing at various local colleges and universities. Her blog “The Age of Reasonable Doubt” can be found at Wild River Review, and deals with the mature (and sometimes immature) dating/ relationships and aspects of society that influence all relationships. Her short story “My Inheritance” was nominated for a Dzanc Books Award for Best of the Web. On February 1st 2012, a short story collection, The Hungry Heart Stories, was published. The stories feature tales of people in crisis, yearning for emotional sustenance, and where food occasionally intersects the empty spaces in their hearts.