⇒One boy makes a decision that ultimately affects all of his friends and family. The Butterfly Effect wreaks havoc in an affluent Canadian neighborhood.⇐ 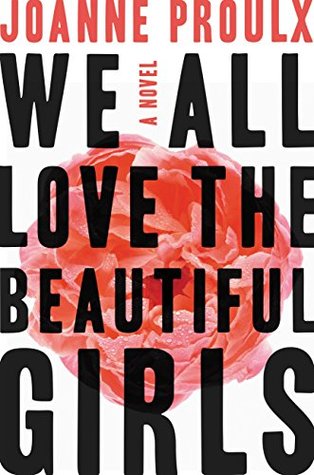 Before I begin this review, I have to say that nothing in this book is at all what I expected. And even now, saying that, I can’t exactly pinpoint what I expected, but it wasn’t this novel.

BUT THAT IS NOT A BAD THING.

I think I was gearing myself up for another angsty love story with a dash of drama just to make a romance just a little bit more complication or impossible. There was a note of that, sure, but that was not what We All Love the Beautiful Girls was about.

Here’s part of the blurb:

One frigid winter night, Mia and Michael Slate’s comfortable world dissolves in an instant when they discover that their best friend has cheated them out of their life savings. At the same time, a few doors down, their teenaged son passes out in the snow at a party–a mistake whose consequences will shatter not just their family, but an entire community.

A simple enough premise. But that one night was just a single beat of butterfly’s wing that eventually became a hurricane that blew destruction into Old Aberdeen and changed the landscape there forever.

Michael and Mia begin to have marriage problems after their son, Finn, suffers a near-death experience. What follows is the story of the Slate family and their revelation of how love is measured between neighbors, friends, and family.

Joanne Proulx writes a beautifully poetic story about very ugly events in the affluent Canadian town of Old Aberdeen. We are immediately thrust into the middle of the life of a family with very little introduction, and it’s almost better that way. The characters seem to develop right before your eyes, even as you’re learning whose portion of the story you’re experiencing at the time.

Written from multiple points of view, Proulx uses subtle cadence changes and an editor’s nightmare – no quotation marks! – to distinguish the characters, but the action is linear, so it’s not confusing after you initially get your bearings.

The prose is visually elegant and descriptive without being excessively wordy. And it’s a quick read with action interspersed throughout and a steady progression toward…

AN ENDING THAT DID NOT SATISFY!

Maybe I am just a denouement junkie, but the epilogue didn’t satisfy my desire to know what becomes of the lives of these characters. But is that ultimately the mark of a good book – that you loathe leaving the characters behind?

Four beautiful stars for this elegiac account of a tortured family and their desperate grasp for normality.

*Possible Triggers: Rough sex, mention of sexual assault (not detailed), alcohol and drug use by minors, and scenes at a strip club.

Release day for We All Love the Beautiful Girls is August 28, 2018!
Get it here: Amazon | Barnes & Noble | Indiebound 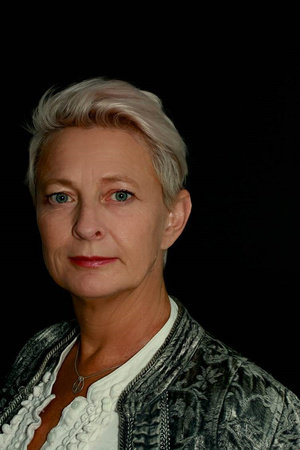 Joanne Proulx’s first novel Anthem of a Reluctant Prophet won Canada’s Sunburst Award for Fantastic Fiction and was named a best debut by The Globe and Mail and Kirkus Reviews. A feature film adaptation of the novel will be released in 2018. A graduate of the Bennington Writing Seminars, Joanne lives, writes and teaches in Ottawa, Canada.