⇒ Hester Thursby is small in stature but big on moxie! She’s multitasking life and staying one step ahead of an unknown predator in this well-paced thriller! ⇐

**Many thanks to NetGalley, Kensington Books, and the author for the opportunity to read and review a free ARC of this book. 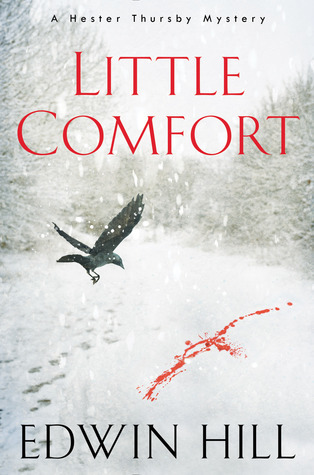 … and as much as Hester fought for independence, nothing frightened her more than the thought of being abandoned.

Hester Thursby may be small in stature, but she’s big on moxie! When she’s not working at Harvard’s Widener library, she’s a people-finder and she’s working a case for Lila who is searching for her long-lost brother. But how easy can it be to find a missing person (or a person in hiding) with not only a long-eared basset hound in tow, but also her new charge – three-year-old Kate, the little girl who was practically abandoned by her mother. Eventually, this case becomes more than expected when Hester makes a new acquaintance who suddenly becomes her biggest fan.

He’ll uncover your dreams, your demons, and your very core. And he’ll use all of it to get whatever he wants.

The story is well paced, had a great setup for both a mystery and a thriller, and great character development for the most part. There were a few stereotypical assumptions that grated, but Hill called them out himself. My only lasting gripe is that Hester’s character didn’t seem consistent throughout. She came off as a bit wishy-washy, behaving in ways contrary to the confident, dauntless personality we are initially introduced to.

Little Comfort is the first in a series with a second Hester Thursby mystery expected in 2019. After this mystery with its unconventional, feisty protagonist and its unexpectedly twisted reveal, I’d be down to read more about Hester’s adventures.

Edwin was born in Duxbury, Massachusetts, and spent most of his childhood obsessing over The Famous Five, Agatha Christie, and somehow finding a way into C.S. Lewis’s wardrobe. His parents were fond of taking his sister and him on month-long family camping trips across the U.S. and Canada, and one of his best memories is of finishing a copy of The Seven Dials Mystery while the rest of the family visited Mount Rushmore. Growing up when VHS tapes were new meant that watching Alien, Jaws, The Shining, or Halloween whenever he wanted seemed luxurious, and still does today. Like Hester Thursby, he watched these movies – and others like them – a lot.

After attending Wesleyan University and graduating with a B.A. in American Studies, he headed west to San Francisco for the original dotcom boom. Later, he returned to Boston, earned an MFA from Emerson College, and switched gears to work in educational publishing, where he currently serves as the vice president and editorial director for Bedford/St. Martin’s, a division of Macmillan Learning.

One thought on “Little Comfort”