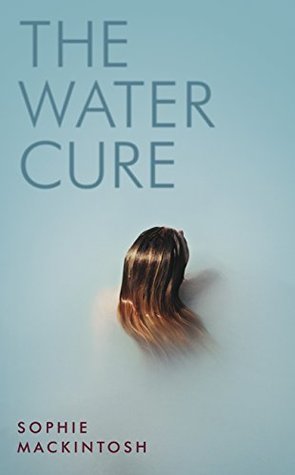 Even if it is a failed utopia, at least we tried.

Grace, Lia, and Sky live with their parents in a house beside a sandy beach. That sounds like the beginning of a wonderful story, doesn’t it? Who would have thought that such a benign beginning could result in such a tangled web of disappearances, deceit, and danger?

King believes he has rescued his family by secluding them in a home by the bay. He and their mother taught them to protect themselves from the toxicity of the world by performing rituals and ceremonies of cleansing. The three girls had to prove themselves strong, loyal, and loving – to their parents, to each other, to themselves. But not to men.

There were men who naturally caused great harm. It is built into them. You had warned us. You are one, though you would never admit it.

Men weren’t present in their lives. Only King. This was for their protection because men were the cause of all the harm and poison in the world. Being hidden away from them was the only way to survive.

But when King disappears during a routine supply run and is presumed dead, and Mother also does not return from her trip beyond the sea border, the sisters are stuck on their beach with three castaways. Men. And this changes everything.

… loss is a thing that build around you… what feels like safety is often just absence of current harm, and those two things are not the same.

Told through the POVs of the sisters, Sophie Mackintosh’s debut novel, The Water Cure is a palpably tense look through a dystopian window at a family’s search for a unique utopia, and what they end up finding instead.

This is The First Book of Calamity Leek meets The Handmaid’s Tale meets My Absolute Darling in all of each of their weird wackiness and horrifyingly resolute honesty about what makes society (and separation) so imperfect.

This is a stunning debut novel with writing that behaves like watercolors, painting each new page with dynamic emotion: angst, elation, peace, dread. It was unusual, confusing, and eerie in all the best ways. And I could easily see this playing out on the big screen, although it would take a master director to get it entirely right.

Many thanks to NetGalley, Doubleday, and the author for the opportunity to read and review a copy of this book. 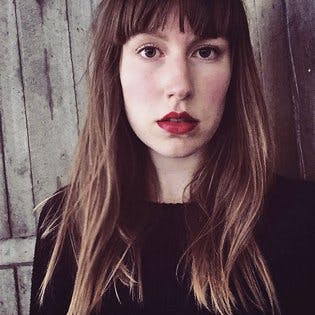 SOPHIE MACKINTOSH won the 2016 White Review Short Story Prize and the 2016 Virago/Stylist Short Story competition and has been published in Granta magazine and Tank magazine, among others. The Water Cure is her first novel.