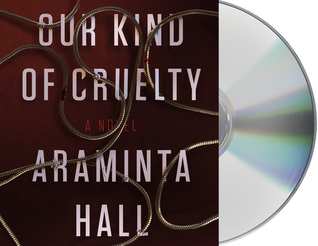 Relationships are hard. Yes, that’s a cliché and an understatement (especially when it comes to this particular relationship), but it would make a great tagline for this story of one couple’s complex connection.

Mike and Verity had a passion-filled romance. Then they broke up. Hey, it happens. Seriously, it happens thousands of times a day, every day, in every corner of the globe. But it’s how individuals handle breakups that makes all the difference in the world. Our Kind of Cruelty is the story of Mike’s romance with Verity, his obsession with her and their game, The Crave, and everything that happens after one fateful night he spends away from her.

We have to keep a tight hold of each other to stop the other from floating away.

OK, confession time… What was your worst breakup experience? Was it sad? Intense? Terrifying? Most people do have at least one very memorable breakup in their past. in hindsight, would you have handled it differently? Probably, or maybe not? This book made me really analyze all the breakups I’ve ever had. And that one creepy stalker situation that eventually worked itself out. Actually, I thought about my stalker situation (which wasn’t violent or physically threatening, but was definitely creepy) a lot while listening to this book. And I’ll tell you why…

Mike loves Verity. He adores her. He is obsessed with her. Over and over again he states that he needs her to help him to make decisions on this or that, or that he needs her to show him how he should respond in certain social situations. Mike believes that Verity is his true-North compass. He also believes that she is incomplete without him. That she won’t be able to function successfully in the world without him. Even when she does move on after the breakup and eventually gets married to someone else, Mike knows it isn’t real and that V is just baiting him to make their own romance stronger.

That’s a strong obsession. Delusion? Yes, you could use that word too. What separates love from obsession? Where is the line between connection and delusion? My stalker thought he knew me better than anyone else. He could tell me my favorite flower, color, car, and football team. He knew verbatim things I’d said 10 years prior. He knew about all my friends and members of my family. But we never even dated. He called it love. I called it something else entirely.

…sometimes two people need each other so much it is worth sacrificing others to make sure they end up together.

Araminta Hill has written a compelling, yet creepy, romance (eek! I hesitate to even type that!) that shows us that perception is key. The book is intelligent, sharp, and suspenseful. Written from Mike’s perspective, we are forced to see his side and feel his feelings – even though we’re screaming in our heads, “No! You’re getting it all wrong! How can you think that way?” Mike’s character is unreliable and delusional, yet he’s pitiable because of his rough background. But the things we learn about Mike – from his own account – are still unsettling and point to an undercurrent of violence that even he has never managed to understand or erase.

Our Kind of Cruelty definitely leaves you guessing at the end. Is Mike believable? Has Verity been in on it the entire time? Or is she just another unwilling victim in Mike’s fantasy romance? Hill leaves it up to you to decide.

As for my take on it, I have decided that perceptions like Mike’s are how we end up with enough stories to fill up the ID channel 24/7. Entertaining, yet infinitely eerie. 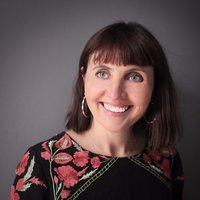 Araminta Hall began her career in journalism as a staff writer on teen magazine Bliss, becoming Health and Beauty editor of New Woman. On her way, she wrote regular features for the Mirror’s Saturday supplement and ghost-wrote the super-model Caprice’s column.

One thought on “Our Kind of Cruelty”